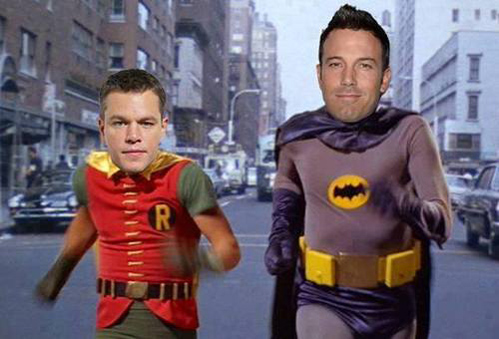 Recently, there’s been significant discussion regarding the upcoming Justice League film. Details are being announced little by little, cluing us in and keeping us interested. With San Diego Comic-Con currently hitting its stride, we’re sure to learn more. However, concerns for Ben Affleck’s solo Batman film have not been completely allayed. All we know is that Affleck himself will be directing and that an original story will be written for the film. Beyond that, the film remains up in the air, a formless enigma that may or may not feature Edward Nygma (get it?). As we wait, we dream, hoping for the best. With our knowledge of Batman comics, history, and his other film adaptations, The Source has compiled a few ideas for the next chapter in the hero’s filmic narrative. We present to you, the fans, the six things we need to see in Ben Affleck’s Batman film!

1. An Exploration of Gotham and Its History:

First of all, a successful Batfleck film will show us the landscape of Gotham and present us with some of its history.

In Batman V Superman: Dawn of Justice, the DC Cinematic Universe was presented to the viewers in medias res. For those unfamiliar with the term, it essentially means we started in the middle. Whether or not the Batfleck film is a prequel to BvS, background on Batman’s major activities, exploits, and confrontations are a requirement!

Throughout the film, the viewer should be taken on a journey to all of Gotham’s iconic sites and hear/see a history of what transpired. This type of background could always be used to set up potential Batfleck film sequels, or set up other DC properties like a Harley Quinn film.

To be a successful Batman film, comic, or graphic novel, a compelling villain is a must!

Batman undoubtedly has the BEST rogues gallery in the DC Universe and possibly all of comics. Therefore, to provide the best Batman, there must a villain at his or her best. Despite his reservations, the Dark Knight and his adversaries are symbiotic, shaping each other throughout time.

In past installments of the live-action Batman movies, viewers have seen 3 Jokers (soon to be four), 2 Penguins, 3 Catwomen, 2 Riddlers, 2 Banes, 2 Two-Faces, and almost everything in between. So where can we go from here? Thankfully, Batman’s list of adversaries stretches for MILES, but it is important to see an icon in his first solo film.

Undoubtedly, the Dark Knight’s most successful films have featured the Joker, but considering the Joker’s presence in Suicide Squad, it might be better to start with another, equally dark villain to keep up with the tone Snyder set up in Batman V Superman: Dawn of Justice.

3. Batman’s Skills as a Detective:

So far, in each of the Batman movies, we have seen elements of detective work; however, in the last few films from the Dark Knight trilogy and Batman V Superman, the Bat has been dependent on technology.

Some may argue that this is necessary for modern detective work, that we need forensic analysis. I don’t disagree, but having a technological dependence does not earn Bruce that “World’s Greatest Detective Title,” either. With a new series of Batman films on the horizon, it would be wise of Affleck, and everyone else involved, to consider adding some more brains to the Bat. Most critics of Nolan’s approach in the Dark Knight argued that Batman was just a “brawler” or a “boxer,” relying too heavily on just his fists. To ease that pain and show something new, a more analytical Batman would be a refreshing change of pace.

Sorry, ladies, but let’s be honest; the most boring part of every Batman movie, from 1989-2012, is the love story, or the extremely limited, somewhat romantic interactions that could be considered a love story.

There have only been two interesting love stories in these films, and they both involved Catwoman. At this point, it seems like their relationship is the only one worthy of being filmed, focusing on Batman’s conflict between lust and justice, and Catwoman’s twisted view on morality.

However, this has been done twice (almost three times) before, so if it were to be repeated, the filmmakers should grant the relationship the time it needs to properly develop. To do the dynamic justice, Catwoman should be saved for a sequel, and should probably be played by Olivia Wilde (just a suggestion).

Additionally, by cutting out any type of love story, it frees up time for more interesting things, and more importantly, it allows Alfred to take a much larger role.

Yes, you read that correctly: No love = more Alfred.

Without a woman to keep Bruce Wayne or Batman grounded, his ties to a normal life rest in Alfred’s hands. The Dark Knight trilogy played around with this idea, especially when Alfred was practically begging Bruce to give up the cape and cowl. With the current Alfred (Jeremy Irons), who appears to be more involved with helping Batman, this idea could be taken even further. Would Alfred ever deny a helping hand? We will just have to wait and see.

Unfortunately, much like a love story, Robin’s presence just seems to weigh down Batman’s movies. His backstory and introduction take up too much time! If there were to be a Robin added to the Batman solo film, it would have to be an established Robin, not one added halfway through the movie.

But, if you are going to have an established sidekick, why not just have Nightwing? The butting heads and possible animosity between Nightwing and Batman would be much more intriguing than the ‘yes-man’ Robin always seems to be. Unless we are talking about the Robin from Batman and Robin, in which case, let’s just not…

As a bonus, Nightwing wouldn’t have to stick around for the entire film! Batman could just have an awkward run-in with Nightwing where they proceed to take down some goons, almost like the Quicksilver scene from X-Men: Days of Future Past. After the action, a couple jokes and a reference to their still considerable team-up skills, he could leave.

And who could team with Ben Affleck more effectively than Matt Damon? Yes, he is older than Ben, but hey, he looks younger. Besides, with the older version of Batman set up in BvS, an older Nightwing would make sense! Unfortunately, Matt Damon adamantly stated he would NOT play Robin, but one can only hope that a role as Nightwing might just change his mind.

While the addition of Nightwing or Robin is risky, especially in the first solo film, it could be beneficial in setting up more of Batman’s universe, and cluing viewers into his past and possible future storylines.

Well, you may be thinking… “How can ONE film meet all of these needs?”

But there is one, simple answer: the Riddler.

Consider this: If the Riddler is chosen as the compelling villain for the film, he can send Batman on a mystery across Gotham, confronting his past with old foes while using that big Bat-brain to figure it all out.

At some point in this adventure, Batman could run into Nightwing, who happens to be taking on a villain the Dark Knight needs to confront, which could lead us to that Quicksilver-esque scene. As a bonus, with the Caped Crusader running all over Gotham to beat the Riddler at his ultimate game, he wouldn’t have time for a love story. Sure, he could flirt with Ivy or any other women he runs into like Vicki Vale, but the filmmakers would not have to dedicate any real time to them.

Let us know what you think in the comments! What do you want out of the Batfleck film? Who would you cast as Riddler? How badly do you want to see Batfleck and Mattwing take down some Riddler-themed goons?

Be sure to keep checking back here at The Source for more updates on all of your favorite comics, movies, and TV shows!