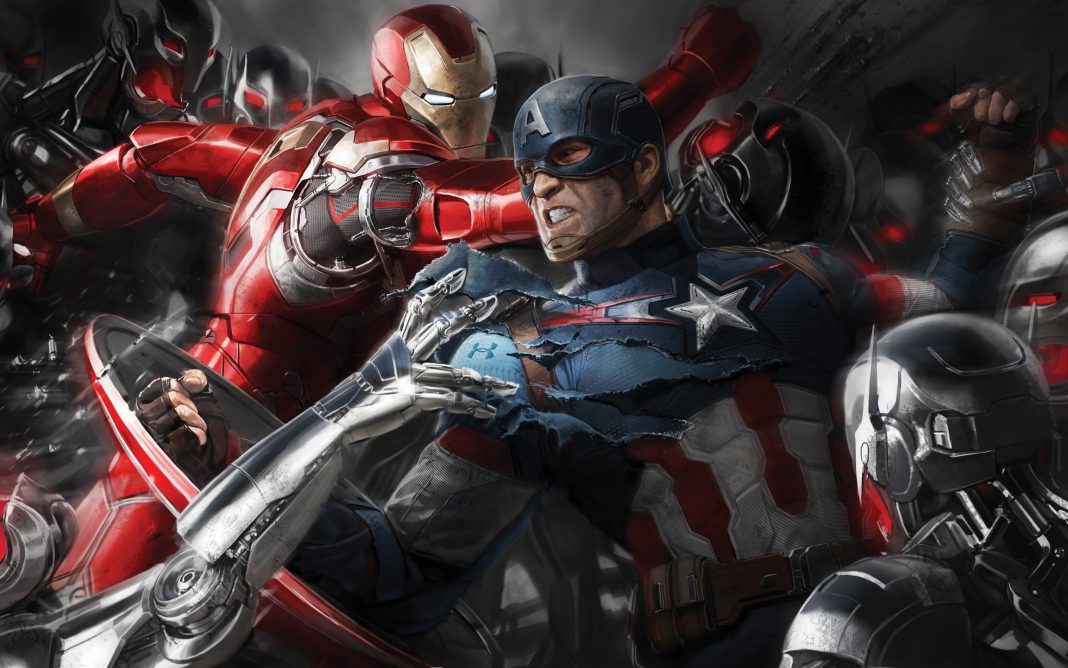 With the impending arrival of Captain America: Civil War, we are taking a look back at the movies that brought the MCU to this point. So take a trip back in time as we break down Marvel’s Phase 2 film-by-film. You can check out the reviews on Iron Man 3, Thor: The Dark World, Captain America: The Winter Soldier and Guardians of the Galaxy here. Up next, our Avengers Age of Ultron Retro Review.

THE AVENGERS: AGE OF ULTRON

The Summary: Just when it looks like everything is going fine for the Avengers, someone throws an Infinity Stone into the mix. After defeating a Hydra cell, the Avengers recapture Loki’s scepter. However, before it can be placed in an Asgard security vault… Tony Stark gets his hands on it. In the process, he uses the alien technology and creates Ultron, a robot who decides the best way to protect humans… is to destroy them. Now the Avengers need to reassemble and stop Ultron before the pressure of being Earth’s Mightiest Heroes tears them apart from within.

-Did I forget to mention there’s a sweet Android played by Paul Bettany? Because there is.-

Pros: Love it, or hate it… there’s one argument that can’t be had over Age of Ultron: those action sequences were pretty fantastic. The movie’s introduction with the assault on a Hydra base was probably the best opening sequence of any Marvel movie. Skipping ahead to the climax, Ultron vs. the Avengers was a non-stop, action-packed brawl. So many Ultron copies were destroyed in the process, and with the Helicarrier making a daring rescue, it was a perfect ending-moment.

However, if there’s one extended action scene to be placed above all others… it’s Hulk vs. Veronica (The Hulkbuster). When commercials first aired for AoU, it was the image of a massive Hulkbuster that got people excited. By the time the movie hit theaters, the scene didn’t disappoint. Watching Hulk and Stark level a city was pure amusement. Adding a bunch of Tony Stark one-liners made sure the sequence didn’t disappoint. In fact, it was the best part of Age of Ultron.

Cons: I do not believe the film’s biggest issue was the fault of its director, Joss Whedon. Age of Ultron wasn’t just an Avengers story; it was forced to set up everything to follow in the upcoming Phase 3. We had Thor go on a walkabout, the tension between Iron Man and Captain America, and even another Thanos cameo. There was just a lot going on, but it was all very necessary. For his first Avengers outing, Whedon got to tell one story about the group coming together. AoU forced him to squeeze too many stories into one feature and in the end the movie felt a little rushed (since the story wasn’t allowed to unfold organically). I give props to Whedon for making an enjoyable movie, but I completely understand why this movie broke him in the end.

Impact on the MCU: For a movie that served as a crossroad for the MCU, you’d expect plenty of material to extend into future films… and you’d be right. We see tensions rise within the Avengers, culminating with Stark and Rogers having a testosterone-fueled rant while chopping wood (or just splitting it with your hands… right, Steve?). The emotions between the two are crucial to Civil War… as well as Sokovia falling out of the sky (which is a starting point for superhero regulation).

We also finally get the clear picture of the Infinity Stones thanks to Thor’s vision. While the scene of the God of Thunder in a cave didn’t seem to fit into the movie, it did let us know that the Mind Stone is one of six stones saturated with unlimited power. Throw in a silhouette of the Infinity Gauntlet and we now have a clear picture of where we are heading with the stones.

Age of Ultron also gave us new Avengers… Scarlet Witch and The Vision (R.I.P. Quicksilver). And it also brought old faces into the group as well, like Falcon and War Machine. While the movie gave us a glimpse at a new Avengers lineup, it also said farewell to another. Hulk flying his Quinjet away was a good way to keep him out of Civil War… but where’d he go? When he shows up next (it’s going to be in Thor: Ragnarok), we can head back to Age of Ultron to see where his journey went following the battle of Sokovia.

Ted’s Take: While it didn’t have the same impact as seeing the original Avengers… Age of Ultron was still a solid blockbuster. Joss Whedon did a great job assembling everything, despite Marvel giving him the seemingly impossible task of making everything fit perfectly while expanding the MCU for future stories. I could also talk about how great the cast is… but there are so many people now in Marvel’s grasp, it would take a college thesis to give everyone their fair due.

Still, if I’m going to single one actor out… it’s James Spader. Bringing an eight-foot robot to life – who is basically a psychotic, mirror-image of Tony Stark – wasn’t easy. But I think Spader pulled it off. His monotone delivery truly made Ultron menacing, as if he was the robotic version of Hans Gruber. There are many complaints about the villains in Marvel movies (most are warranted), but Ultron is right up there as one of the best. Spader delivered a solid performance and gave us a killer robot who was perfectly capable of taking on the Avengers all by itself.

Up Next: Avengers: Ant-Man!