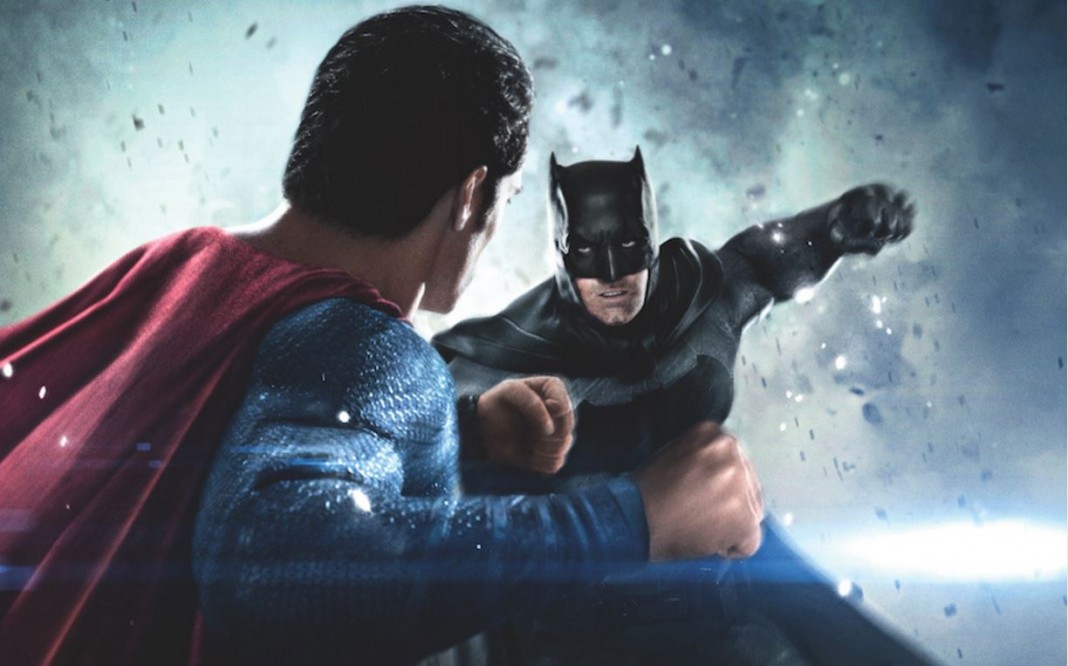 It appears Superman and Batman have just successfully completed the “stand-off phase.” Yes; they just moved from standing there and exchanging piercing, petulant looks and stepped into the next phase, that being the “punch-you-in-the-throat-until-you-submit phase.” Yup. Now, check out these awesome Batman V Superman movie posters showing the pre-punch perspective of each titular titan!

Another observation: Batman isn’t wearing his Bat-armor. Not sure if this is a wise – or even characteristic – move on the part of a normally fastidious, strategic individual. I mean…is Batman wearing Kryptonite contacts?? That would be the only reason to confront Superman without a bat-themed, augmentative exo-skeleton.

Unfortunately, this is what it usually looks like when Batman and Superman collide, and that’s with Bat-armor. Ugh.