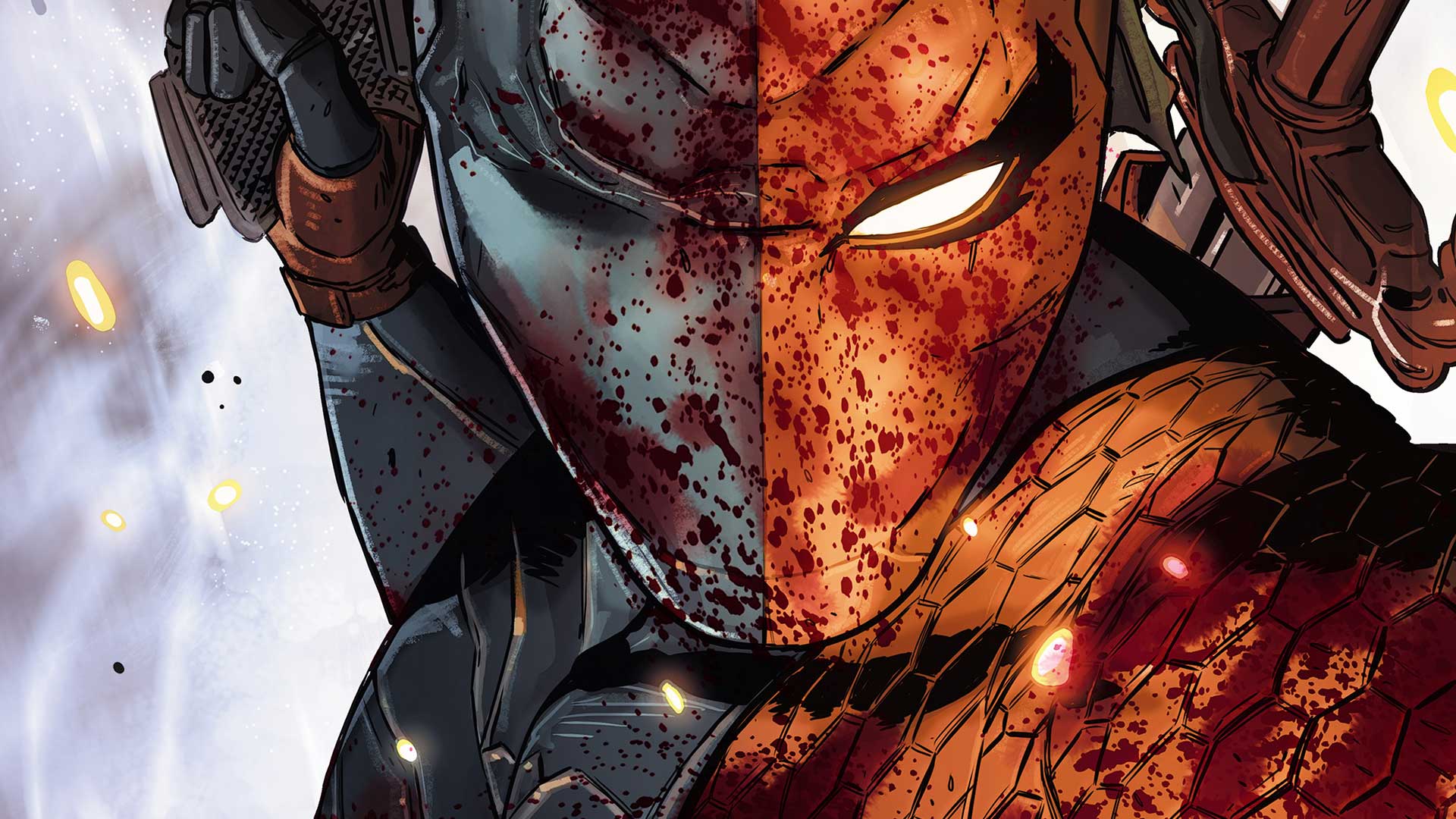 No one was expecting it. It just came from nowhere. Why did he even do it? Was it to mess with us? To get our hopes up? Is he toying with us? Out of the blue, Ben Affleck dropped a massive bomb and gave us a cinematic look at Deathstroke.

It was 27 seconds of pure magic. Slade Wilson didn’t even do anything, he just aggressively walked towards the camera and looked out at…something. While fans turn into Sherlock Holmes, dissecting every frame for some possible clue to explain where Deathstroke came from (or more precisely what movie he will be appearing in!), I’m here for another reason: to figure out who’s under the mask.

Now it could literally be anyone (well, except Manu Bennett, although he did an amazing job as Slade on Arrow), but there are some characteristics that are absolutely necessary. Slade needs to be soft-spoken and carry a big stick (or more precisely, a power-staff). I could sit and discuss who should play Deathstroke for hours, but to save us all that time… and typing… I’ve narrowed it down to the following eight suggestions:

Apparently, Manganiello has jumped to the top of the hype list… and conspiracy theorists are already trying to figure out if he’s currently shooting scenes in Justice League (unless his recent visit to London – the location of the Justice League set – is purely coincidental). I mean, there’s even mock renderings regarding what Manganiello could look like thanks to BossLogic.

Not gonna lie… it’s pretty perfect. Manganiello looks menacing and would definitely be an imposing threat for Bat-fleck. He’s a perfect choice as an actor on the rise; someone willing to sign up for multiple DC Universe pictures. I mean, imagine Deathstroke not only in Justice League, but in a solo Batman movie, the next Suicide Squad, or a Green Arrow movie. Manganiello would be a perfect choice and probably willing to sign a Sebastian Stan-like nine picture deal, allowing him to grow into the role for years to come. Just cast him already and let’s move on. But just to offer some other choices…

Like Manganiello, he’s big and imposing. He’s charismatic and would be a change of pace in the dark and gloomy DC Cinematic Universe we’ve gotten already. The biggest downside? The Rock has so many movies on tap already that he probably wouldn’t be able to commit to multiple projects… and we don’t need a one-and-done Deathstroke. This role needs a commitment and as much as it pains me to say it, Johnson can’t offer that (despite how awesome he’d be in the role).

The quick clip of Slade Wilson doesn’t reveal much, but what if, instead of a mercenary in peek physical condition, we get a just-past-his-prime, rugged ass-kicker? No one fits that role better than Perlman. He has the grizzled voice, and his portrayal of Clay Morrow in Sons of Anarchy proved he can still deliver a beating if needed. If you want more of an experienced action star for the role, look no further than Perlman. Admit it… you wouldn’t want to mess with him, and neither would Bruce Wayne.

Speaking of guys you don’t want to mess with, let’s talk about the latest incarnation of James Bond. Over the course of four 007 movies, we’ve seen that Craig isn’t afraid to get down and dirty when it comes to taking out members of secret organizations. Let’s flip the switch and let him dish out some hand-to-hand combat against Batman. He’s already gotten to play the world’s greatest spy, and had a cameo as an easily manipulated Stormtrooper. Let’s give him an orange and black mask, a couple of swords, some guns, a power-staff and…well, let him go to work.

The man has grit, personality, and a voice that strikes fear into his enemies. Elba is one of those actors who everyone seems to love, but never gets cast in roles that could boost him into superstardom (perhaps his role in The Dark Tower will change all that). Spots in Pacific Rim, Star Trek: Beyond and the Thor trilogy proves he’s not afraid to take on the blockbuster movies. Perhaps as Deathstroke, Elba can bring some gravitas to the role and deliver a sweet monologue to Bruce Wayne before trying to take him down. In terms of acting chops combined with an action movie background, Elba could be a perfect choice for Slade Wilson.

Ok. I know what you’re thinking: “Nope… take him off the list. He had his chance at Bane, let someone else play a Batman villain.” It’s a fair and valid argument. However, Hardy is one of the best chameleons in Hollywood. If someone can play two Batman antagonists and have the characters seem completely different from each other it’s Hardy. Plus, he was almost in another DC movie already. He was the first choice for Rick Flag in Suicide Squad before having to drop out and allowing Joel Kinneman to take over. Hardy is ready to get back into the DC fold and having him take on the Bat again is a perfect start. Plus, seeing him in roles like Warrior and Bronson proves he knows how to fight, and that’s a quality you want when casting Slade Wilson.

Did someone say they know how to fight?? Yen will be a hot commodity soon thanks to his role of Chirrut in the upcoming Rogue One: A Star Wars Story. If seems like that movie let Yen do his thing as a master of Martial Arts… and Justice League/Batman could do the same. For anyone who has seen the Ip Man movies, Yen has been part of some brilliant action scenes (the man fought Mike Tyson in the latest version!). A potential Batman/Deathstroke showdown is going to have to be a tactical fight for the ages. There are not many actors that would be able to deliver an amazing battle performance like Yen. Sure, he’s a dark horse on the list, but if you were in a dark alley and needed one person on this list in your corner… Yen would be your man.

I mean… come on. Damon is going to have to do a superhero movie eventually, right? Since his B.F.F. Affleck is directing his own Batman movie, one of the most coveted roles could – and probably should – go to Damon. Everyone knows he can deliver a proper smackdown thanks to multiple stints as Jason Bourne. Those movies cement the fact that Damon could be a perfect adversary for Bruce Wayne. Plus, by having Damon fight Affleck, it opens the door for one of the most unlikely crossovers in movie history with Good Will Hunting. Imagine a scene where Deathstroke knocks down Batman, and standing over his body he delivers a quick “how do you like them apples?” A perfect joke 20 years in the making.

This list could go on for days. There are so many other people who could offer their own unique take on the Deathstroke character; it will be exciting to see who DC finally settles on (please let it be Manganiello). So the new question is… who do you think would be the perfect choice for Slade Wilson/Deathstroke? Let us know in the comment section below… and let’s get the Deathstroke casting conversation started!