Home MOVIES Editorials Who Else Should Appear in the Next Batman Movie? 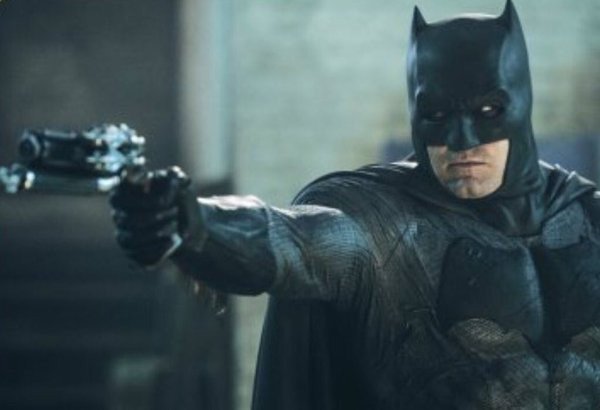 What was your favorite part of Batman v Superman: Dawn of Justice? For people like me, there’s not a lot to choose from. However, I will freely admit that Ben Affleck was the perfect choice for The Dark Knight. He had the look, the sound and feel of Bruce Wayne, and was a shining light in what was an otherwise disappointing feature.

That’s why it was amazing news that DC had turned the reins over to Affleck for the upcoming solo Batman movie. He’s not only the star of the reboot, but is also serving as Director and Executive Producer. To get the ball rolling, he already “leaked” some test footage of Joe Manganiello looking amazing as Deathstroke, the film’s primary villain. Apparently, that was just the tip of the iceberg.

Rumors keep rolling in about who’s in and who’s out for the next Batman flick. Will Jared Leto get another shot as Joker? What about Will Smith and Deadshot? Riddler? Penguin? Man-Bat!?!? What about all of the above and then some?

What scoop can I give you on #BatmanDay? The standalone film DOES NOT take place entirely in Arkham with all the vaillains on the loose.

Now, this could be the rumor of all rumors for a Batman movie. Still, Umberto Gonzalez and Heroic Hollywood do have a good track record when it comes to these sort of things. So if we can believe this… that means we’re getting more than just a Deathstroke/Batman showdown. We’re getting the whole kitchen sink thrown at Bruce all at once.

So with a heavy DC slate showing prior to a Bat-ffleck solo outing, it’s anyone’s guess as to what villains could be escaping Arkham and causing chaos. With Deathstroke finally making his big screen debut, expect other characters to follow suit and make their first silver screen showing in the Affleck-led project. Here are just three that should join the caped crusader in the upcoming movie.

Now we’ve seen Dick “Robin” Grayson in action before (and to be honest, Chris O’Donnell wasn’t that bad in the role). However, what about getting a glimpse of Grayson after he discarded the red and green suit and left the Batcave behind. It’s time to introduce Nightwing.

If Batman is going to face a plethora of Gotham’s worst… he’s going to need help. So, let Grayson answer the call. Now, we saw Robin’s suit hanging in The Batcave, but Warner Brothers confirmed it was Jason Todd’s version of Robin. That means the O.G. Boy Wonder could still be out there. When the odds seem stacked against Bruce Wayne, and he needs someone to lend a hand, let Dick Grayson return to save the day. Plus… you can have Matt Damon play Nightwing! Affleck and Damon teaming together in a superhero movie?  How’d you like them apples?

Speaking of Jason Todd… it appears he’s a little worse for wear before BVS even started. Bullet wounds and becoming the Joker’s spray-paint canvas probably means he’s not in the happiest of moods. So that could mean he left the mantle of Robin behind (perhaps to be picked up in the movie by a young Tim Drake), and chose to don The Red Hood.

Now here’s the best part: you can choose what side he wants to be on. On one hand he could be leading the Red Hood Gang who are terrorizing the city. However, what happens if he is seeking revenge on those who wronged him? You can have Todd team with Wayne (and possibly even Grayson) to clean up the city! You can introduce him as a hero in the Batman reboot, then turn him as the main antagonist in a sequel. Oh, and he could be played by Matt Damon!!! (kidding… kind of).

3. The Legion of Doom

Ok. So this is cheating here since it’s not just one character. We’ve already seen a bunch of great villains throughout the long history of Batman movies. If this reboot is going to bring a handful of them into the fold, why not let them form a DCEU version of The Legion of Doom?

Why should all of these colorful characters go their own way after escaping Arkham? They should work together and combine their evil forces in a effort to eliminate Batman from Gotham once and for all. Imagine a situation where The Legion of Doom combines to take on The Bat Family (and yes… let’s include Robin and Batgirl alongside Red Hood and Nightwing). Now that’s a showdown that even Marvel would be jealous of.

So what are your thoughts? Any other friendly (or unfriendly) faces you’re hoping to see in the next Batman solo project? Or would you be content with just Deathstroke and no one else. Let us know in the comment section below!