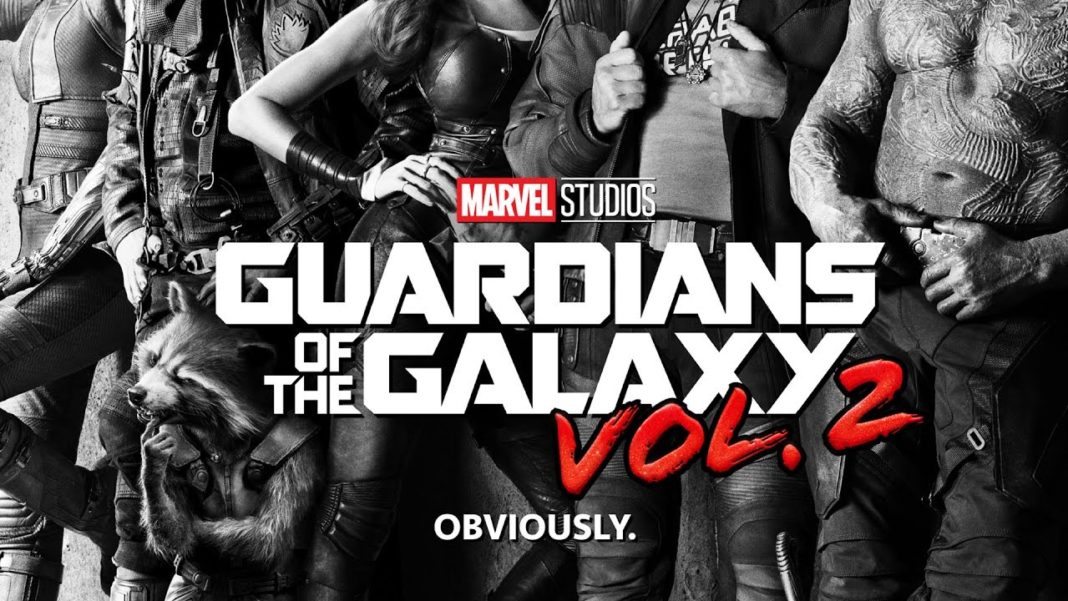 However, the times have changed. The length of the credits has become longer and longer, making the waiting time for an additional 30 second scene extremely tedious. I mean, sure, it’s neat to see The Avengers eat some shawarma, but is it worth waiting five minutes and seeing the name of every digital animator including the one person who designed Hulk’s eye lashes? (But in all seriousness… keep up the good work guys!)

That’s where James Gunn and the rest of the Guardians of the Galaxy team come in. They’re not just going to have everyone wait for one little scene. Instead, Volume 2 is giving us five different post-credits scenes!!! These will probably be scattered throughout the credits, making the wait way more bearable. So, once the movie is over, stay in your seats, kick back, relax… and enjoy a plethora of Guardians extras.

But five additional scenes are a lot. I mean… what could they possibly be? The idea of five additional MCU scenes is almost too much to comprehend!!! Could Captain America show up? What about Iron Man, Vision, or even a resurrected Quicksilver (just kidding… maybe)?!?! Let’s try to figure this whole thing out. So, here are five plausible options for what we could see in the five — count ’em, FIVE — post-credits scenes in Guardians of the Galaxy Vol. 2.

– A Tease Linking to Thor: Ragnarok

Odds would dictate that Guardians Vol. 2 would look to promote a Marvel movie coming out this year. Spider-Man: Homecoming could be an option, however it’s more likely the space theme would remain intact, setting up a scene for Thor: Ragnarok.

Perhaps this currently mysterious scene will have something to do with The Grandmaster working with The Collector (Benicio Del Toro was previously seen on set). Showing the elders of the universe together would be a cool bridge between Guardians and Thor. It might also open a door allowing additional Guardians characters to casually saunter over to Ragnarok.

Speaking of teasing ahead to a future movie, did you guys hear that another Avengers movie is coming next year? Apparently, some big purple guy is showing up to wreak havoc. Sounds like it’s going to be a big deal, so expect Marvel to begin rolling out the red carpet sooner rather than later.

It’ll be interesting to see what approach a post-credits scene takes in regards to Infinity War. It could be a teaser trailer (reminiscent of The First Avenger scene). Part of me would love to see The Guardians on The Milano picking up a hitchhiker. That person needs a ride home and The Guardians are willing to drop him off. That person could be Bruce Banner who needs a ride back to Earth following Hulk’s actions in Ragnarok. A tease to both Thor and Infinity War? It’ll be an amazing double whammy.

– A Tease Linking to Guardians Vol. 3

With five scenes coming, a few are probably going to tease future movies, and one of those future MCU movies is going to be Guardians of the Galaxy Vol. 3. With James Gunn remaining in the director’s chair, he may want to get people talking by teasing events from Vol. 3.

It could also be a major scene since Marvel Studios President Kevin Feige told The Hollywood Reporter that Gunn’s Vol. 3 will be crucial to kicking off Marvel Phase 4.

“I think James in particular has an amazing connection with these characters and with this cosmic world. So he, I think, could easily oversee additional stories beyond Vol. 3. And I think has them and just continues to come up with them, which is cool. All of our core writers and filmmakers know what we are doing in other places and help give input on the various projects.”

A tease to Guardians Vol. 3 could include an additional scene from Sylvester Stallone’s secret character, who is expected to be part of The Guardians’ future. Perhaps it could drop a major bombshell and show the villain who will step up once Thanos’ reign of destruction is done. Perhaps someone unexpected like a Kang the Conqueror or even Galactus (which would indicate the Fantastic Four’s involvement).

It might seem like a long-shot, but it could be the most memorable of all five post-credits scenes. If the Guardians are heralding Phase 4, they might as well have the biggest (literally, if we’re talking about Galactus) challenge to date!

As much as Marvel loves promoting their future projects, they also love having a little fun with the post-credits scenes. Remember the ice beast running amok in London at the end of Thor: The Dark World? There’s also the aforementioned schwarma scene, or Tony Stark telling Bruce Banner the entire story of Iron Man 3.

Let’s not forget one of the most iconic, random scenes: a potted, dancing Groot getting “funky with it” immediately after the first Guardians movie. So, we’re getting at least one funny scene.

It makes sense considering James Gunn is the man behind the lens. He seems to love these little moments, especially since he performed the motion capture behind dancing Groot. I can’t imagine what would be in store for a scene like this. Maybe Groot hitting puberty and becoming full-sized Groot again? How about Mantis revealing people’s darkest secrets at the behest of Drax so he can…uh….laugh at them? A surprise appearance from John C. Reilly? It could be anything, and that venture into the unknown is worth waiting through the credits.

– Introduction to a New/Obscure Character

The last option comes from the final post-credits scene from the first Guardians of the Galaxy movie. Following a breakout out blockbuster movie, you were sure Gunn couldn’t top himself with a small post-credits scene. Then we see The Collector sitting in his destroyed collection room with Cosmo the dog licking his face. And then, out of nowhere, Howard the Duck pops up drinking a martini. It was random, silly, and absolutely perfect.

History probably won’t repeat itself, so I don’t expect another random character like Howard the Duck. However, what if it’s a character that actually has a chance to appear in a future Guardians movie? While I would love someone like Beta Ray Bill, there is one other character people would lose their minds over.

Once the credits are done, we drift back into that same collection room where we get a close-up of a cocoon we’ve seen before. However, this time there’s a crack in it, and from within that crack is a bright, shining light. The screen goes black and the following words appear:

“Adam Warlock is coming in Guardians of the Galaxy Vol. 3”

You got chills, right!?! Ever since Warlock’s cocoon first showed up in the first Guardians movie, fans have been predicting his future appearance. Why not have the first official reveal come at the tail end of Volume 2? It would be the ultimate win for Marvel.

So, what do you expect to see in a Guardians of the Galaxy Vol. 2 post-credits scene? Let us know in the comment section below!