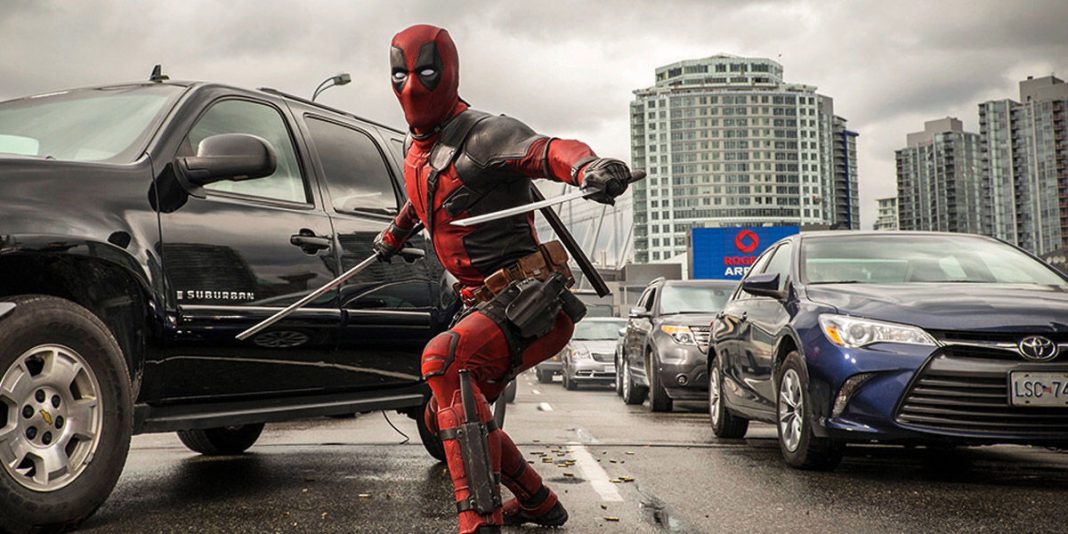 The last 360 days granted us some amazing films, some not-so-amazing-so-let’s-fight-about-it films, and a significant shift in a once-excised comic continuity that allowed for the return of characters and stories unceremoniously pitchforked and hurled into rusty, combustible wood chippers. Anyway, we were there as the stories that broke your heart or emboldened your hopes hit the ever-rippling internet, and we furiously shook our fists, conveyed our fervent satisfaction, or dipped our heads in collective shame right along with you.

Here are ten such articles that upset you the most, or made you the most thankful superhero fan imaginable during this strange and wondrous 360-day expanse referred to lovingly as ‘2016’.

The Source Welcomes Its New Editor in Chief: Deadpool!

Ryan Reynolds, the little Ryan-train that could, finally pushed his live-action Deadpool film out into the world, and its trepidatious fluttering caught a fan-charged gale which lifted it to unforeseen heights. It was great; we said as much, and you agreed with us. Of course, as Deadpool was delimbing the box office and anyone foolish enough to offer detractions without residing in an armored car, he invaded The Source offices, murdered the EIC, and subjected the website to his own brand of reporting. Honestly, we’re still in mourning, and no amount of power washing will ever scour the brain matter from our bathroom ceiling.

In Defense of Batman V Superman: The Critics Need Critics

We were blessed with (or cursed with, depending on your level of disappointment) the very first cinematic meeting of Batman and Superman, begetting the introduction of Wonder Woman and the inklings of a Justice League. Yep, when Batman v Superman: Dawn of Justice hit theaters in March, we were ready to have our collective minds blown…until they weren’t. There were moments of pure brilliance, but they were balanced with confounding and just plain silly plot choices.

Basically, people went a little cray-cray, and the critical backlash was consistent, fervent, and vociferous. Thankfully, we’re a collection of cool heads here at The Source, so we took the opportunity to mitigate your hate with logic; Batman V Superman wasn’t really that bad, yo, and we conveyed that eloquently in a very well-received article.

Deadpool was rated-R and kicked critical and financial ass. Batman v Superman was also rated-R, but purposely mixed with water for its theatrical release. So, capitalizing on the apparent (and continuing) trend of superhero flicks targeting mature audiences, we came up with a few of our own.

Cap and the gang wanted to stop a cadre of Winter Soldiers and clear Bucky’s name. Iron Man and the gang wanted to bring in the suspected Cold War, mechanically-armed terrorist and everyone affiliated with his newly enabled freedom. Cap didn’t listen, Tony didn’t listen, so negotiations quickly deteriorated into punching. And in the end, when it was finally down to Tony and Steve duking it out over a Winter Soldier who committed fratricide in 1991, the fight went a way that seemed….inconsistent. In fact, I was downright disgusted by Cap’s final victory, and tried hard to come to terms with it in this mostly therapeutic article.

DC REBIRTH #1 Review: A Return, a Mystery, a Revelation

The New 52 took continuity that we loved and stuck it on a burning shelf for..uh..safe keeping. Well, fans were effectively vocal, and DC’s higher-ups listened as the entire line was granted a gently applied “reboot” that returned Wally West along with the formerly “lost” history of DC; it also initiated a significant mystery regarding the person (or persons) responsible for excising said lost history. The whole thing kicked off with a giant, 80-page one-shot entitled DC: REBIRTH, and we read it and loved the hell out of it.

She said it, people liked it, and it was a big deal for roughly 10 days. And yes, you can ignore my sighing; I can’t dismiss the overwhelming logic at play here. Moving on…

Steve Rogers is/was an agent of Hydra. At least, that was his summation until he discovered this startling ret-con was the result of a Cosmic Cube fragment influenced by the Red Skull. Before the Cosmic Cube explanation, it seemed Cap’s history was indeed linked to the pseudo-Nazi, infinitely regenerative organization, and a LOT of people were unappreciative of this particular plotline apparently blaspheming a dependably incorruptible icon. Yeah, people went a little nuts, but it didn’t stop there; death threats were issued against Marvel and the book’s creators. Yep. Cray-cray.

Batman: The Killing Joke Earns Another Night in Theaters!

Well, we finally got that Killing Joke movie we were pestering DC for. And, it was rated-R, starred a returning Mark Hamill (The Joker) and Kevin Conroy (Batman), and expressed itself through passable animation. Oh, and it had the pleasure of a very limited theatrical debut before it’s Blu-ray/DVD release.

The prefacing Batgirl arc and very average animation aside, the Killing Joke flick was….it just was.

The Story of His Final ‘SNIKT’! The First LOGAN Teaser Trailer Is Here!

Yes, I know; LOGAN is hitting in 2017. BUT, this is Hugh Jackman’s final appearance as Wolverine, and the film is based on the vitriolic and violent comic story “Old Man Logan.” So, we have future, older Logan scraping by in a world bereft of X-Men and any general sense of hope.

Oh, and it’s rated-R, so a hesitant-to-kill Wolverine is going to eventually consent to some blood-splattering uber-violence. It will be…epic.

Rogue One was an incomparable, glitter-layered bookend to 2016 as it successfully honored and enriched the original Star Wars trilogy. Yep, it was great, and two out of two cool people who work for The Source agree.